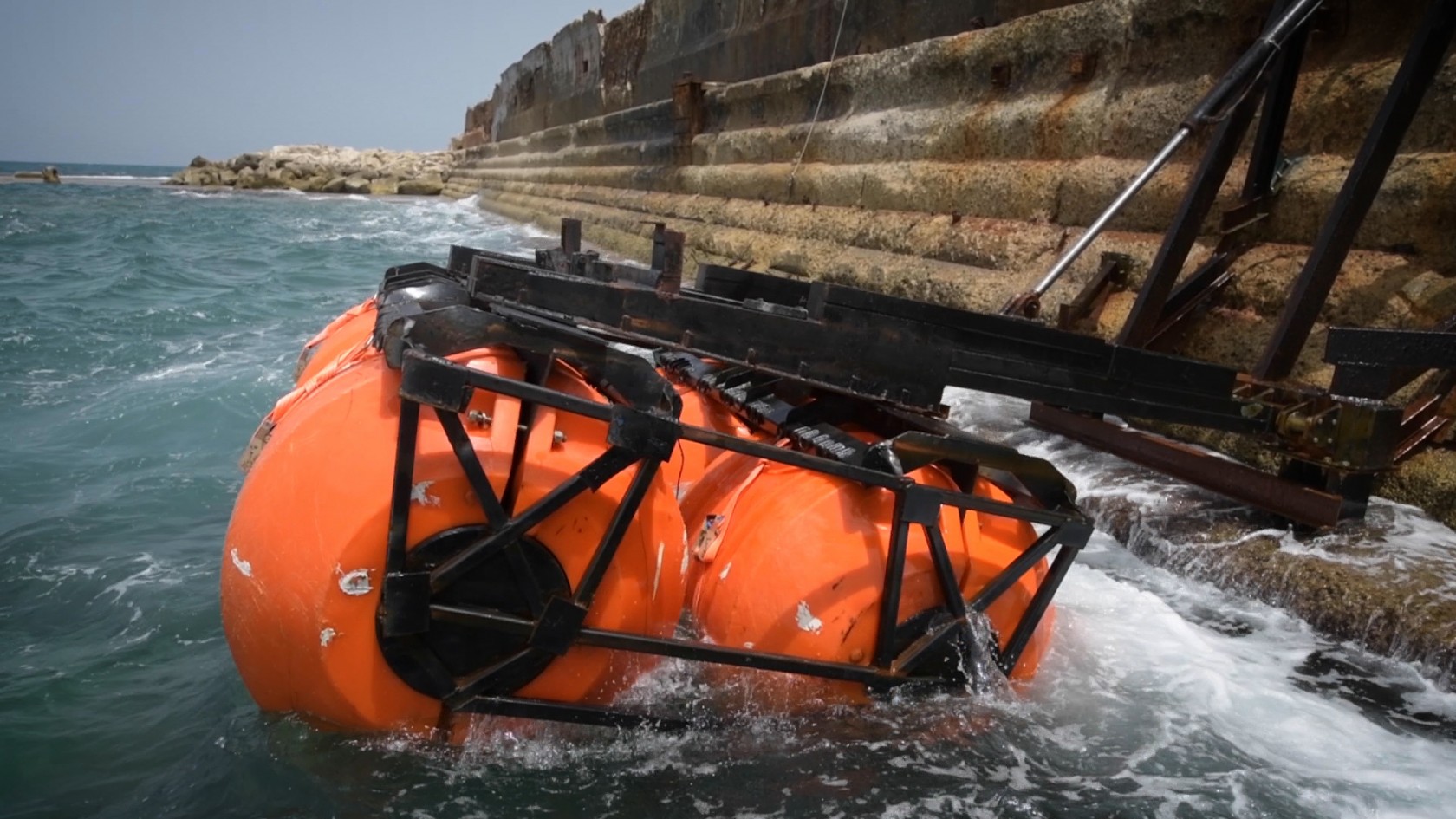 The tremendous power of the waves can now be converted directly into electricity and injected into the network using Ecowave Power. It’s a device that has the potential for half the globe’s inhabitants to benefit from it.

Converting kinetic energy from the waves into electricity

On the eastern shores of the Mediterranean, Inna Braverman, from Haifa University has developed Ecowave Power, a solution for converting the kinetic energy created by waves into electricity. In this way, the tremendous power of the oceans can be harvested and injected directly into the electricity network. The principle is simple: floats installed on the sea front, which are subject to the surf from the waves, drive hydraulic pumps. The continuous back and forth motion of the waves provides an uninterrupted source of energy. This is wave energy. More predictable than wind and sun, it enables electricity production using mechanisms that are easier and cheaper to implement.

Doubling energy production around the world

Rolling out the system along every coastal fringe could double the amount of energy produced around the world, without emitting any greenhouse gas whatsoever. Having set up a test unit in the port of Jaffa in Israel, in 2017 Ecowave Power inaugurated its first electricity power plant in Gibraltar. With a capacity of five megawatts, it supplies the state with 15% of its electricity. Further construction projects are underway in China, India, Chile and the United Kingdom with a total capacity of 135 megawatts.