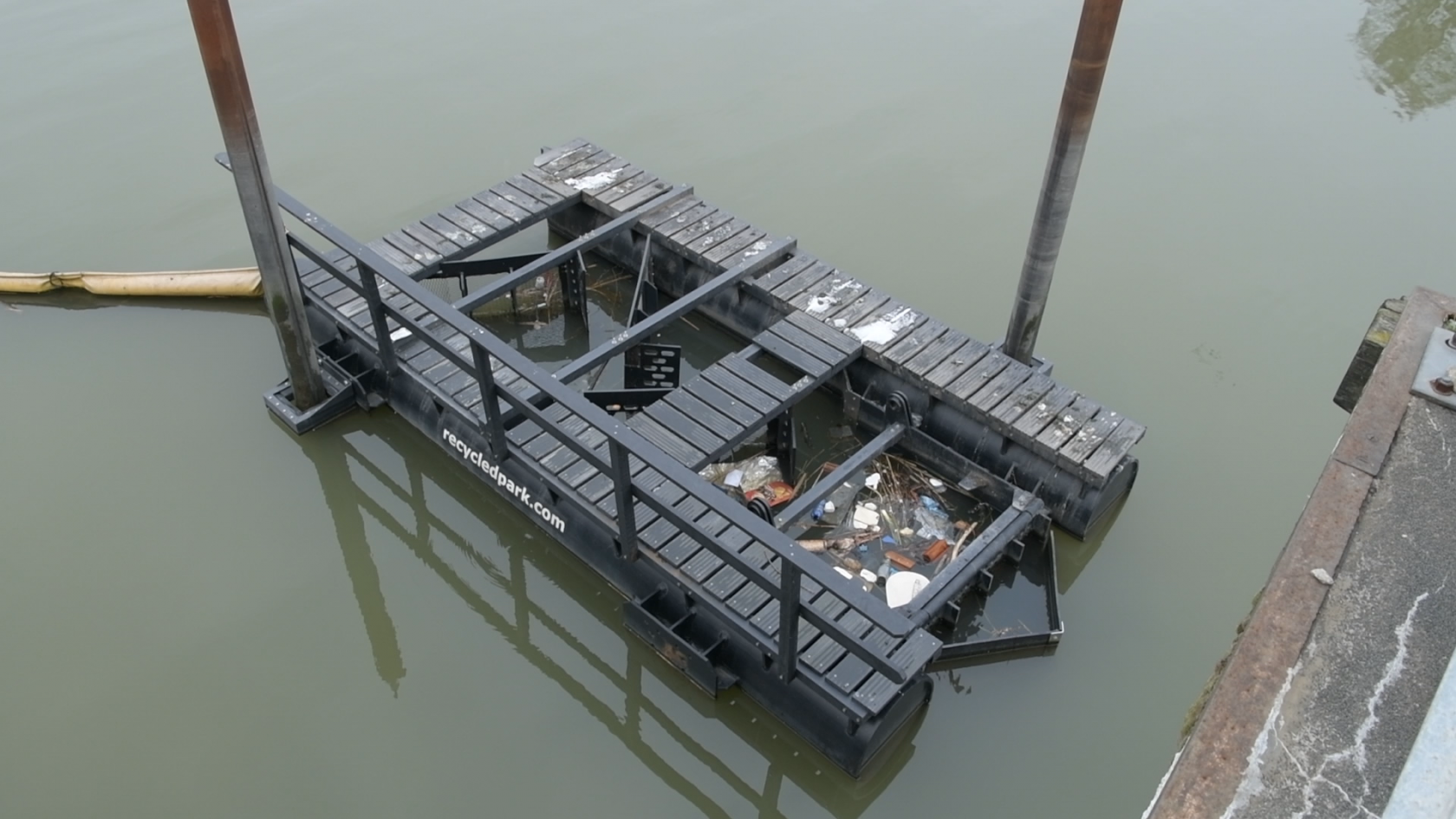 Every year, 8 million tons of plastic are dumped into the oceans. In Rotterdam, the NGO Clear Rivers installs traps on rivers to prevent plastic from reaching the sea.

Plastic, curse of the rivers

Plastic bottles, bags, glasses and cuttlery: plastic waste is everywhere, on land and at sea. The concentration of plastic litter is even bigger in the cities, where rivers are hit full force. It is even usually through rivers that plastic waste ends up in the ocean.

Barriers to hold plastic back

A curse that Clear Rivers, a dutch NGO, decided to fight against in Rotterdam, by implementing a simple but efficient plan. With its programme untitled “Recycled Park”, the NGO installed litter traps at the mouth of the river and in ports. These platforms fixed at the riverbanks let the water pass through, while holding back and storing plastic waste. This litter is then recycled and reused as a raw material to build flotting structures meant to become parks!