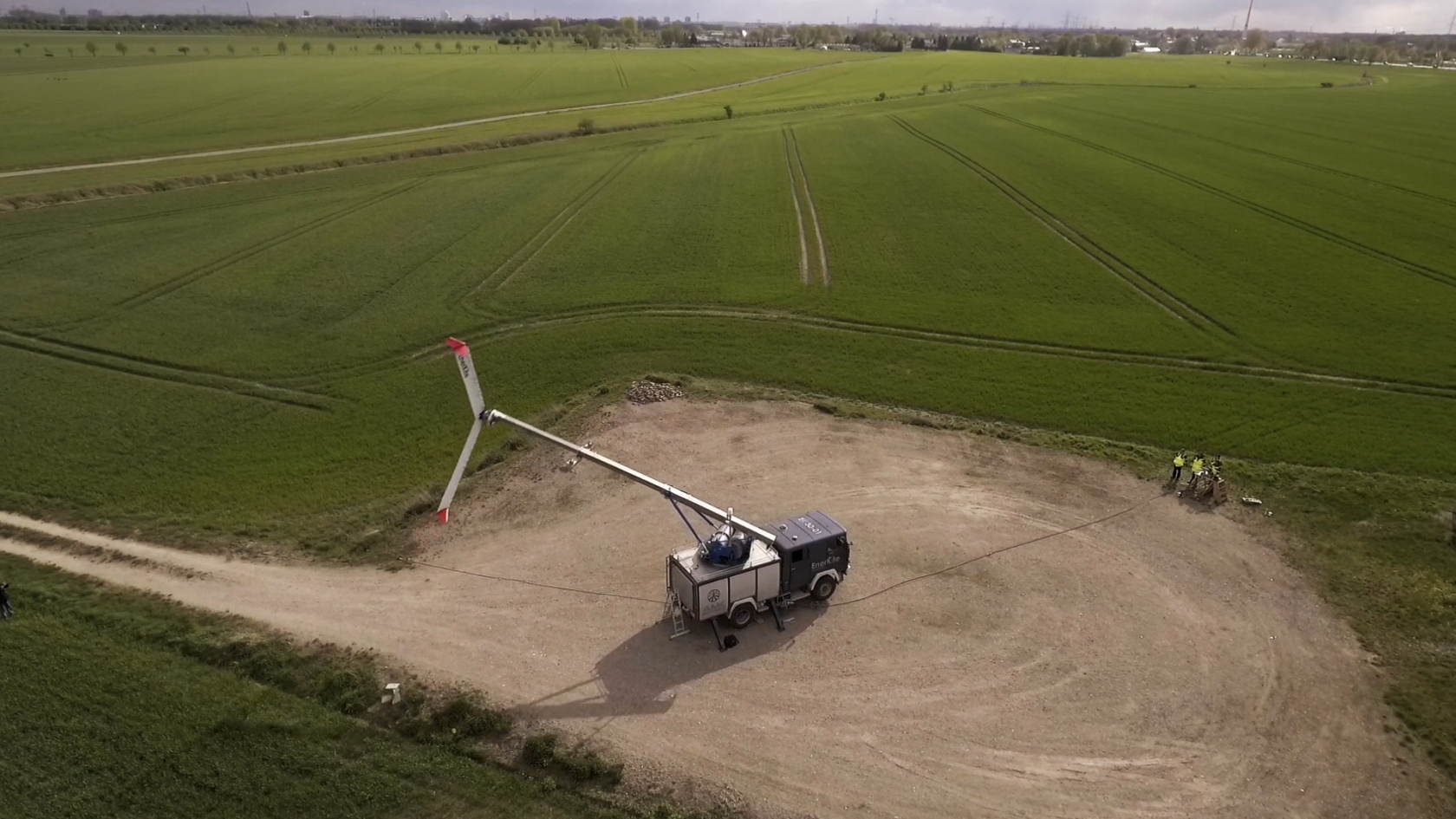 A tethered wing like a kite that harnesses energy far beyond the reach of conventional tower-mounted wind turbines… Such is the groundbreaking technology being deployed by EnerKite to convert the constant energy of high-altitude winds into electricity.

Alexander Bormann, an engineer at the famous Technical University in Berlin and founder of EnerKite, has fine-tuned a new device to produce electricity using the power of the wind. His start-up is developing airborne wind turbines similar in appearance to large kites, which harness the energy from the strong and constant winds found at high altitude.

Made of carbon fibre and attached to the ground via a steel cable, EnerKite wings are capable of withstanding the strong winds they navigate. The energy created by their motion is transmitted to a generator that in turn produces electricity. They fly some 300 metres off the ground, well beyond the altitudes of the conventional tower-mounted wind turbines, where the winds are about double the strength and more constant. As a result, EnerKite can produce twice as much electricity as conventional wind turbines, without interruption. The whole system fits into a container meaning it can be deployed to remote regions in developing countries with high energy needs and easily replace the generators that supply distant communities. High-altitude winds inhabit 80% of the world’s surface, thus giving the device global appeal.