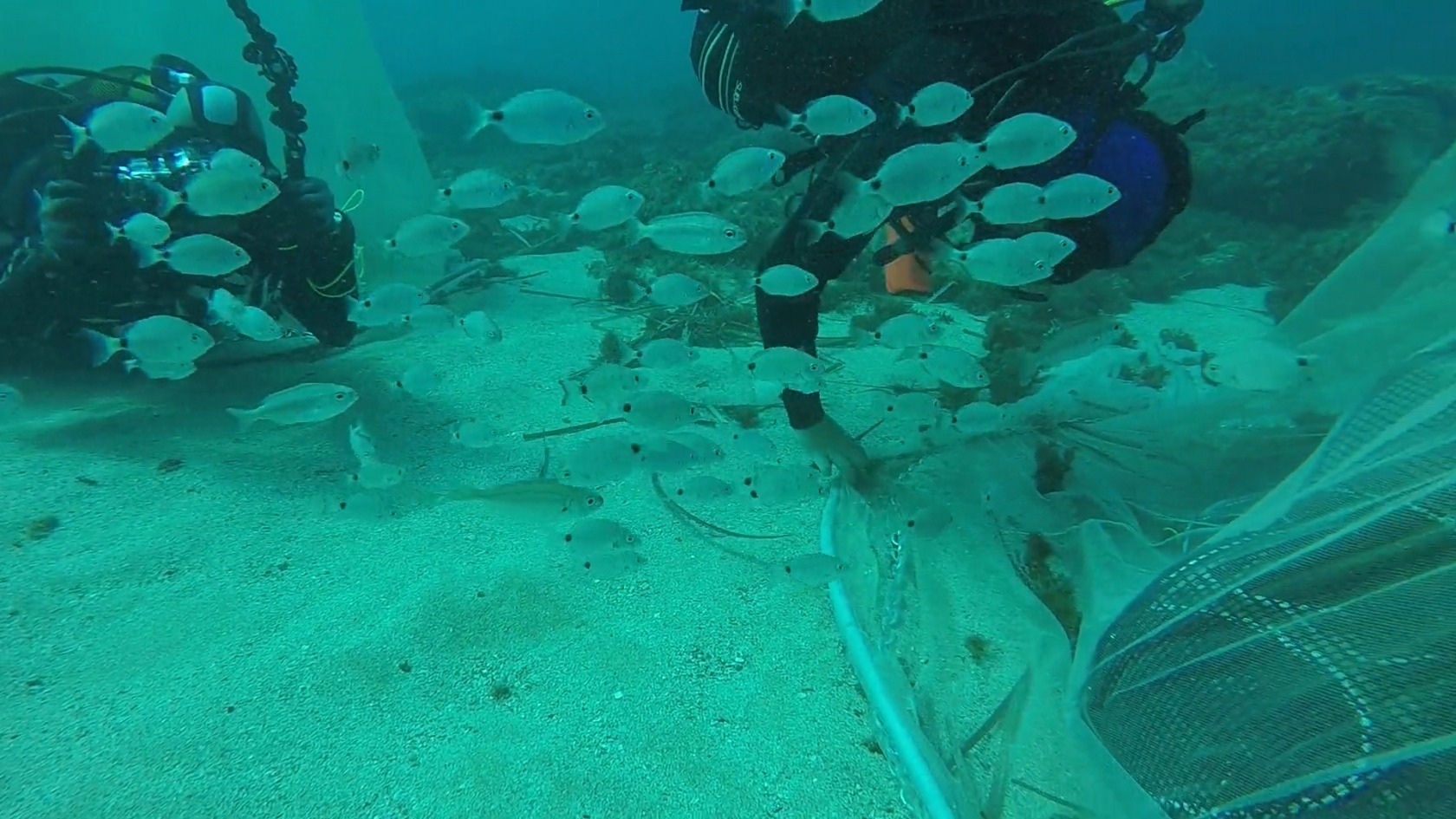 Rearing juvenile fish, in complete safety, before releasing them into the sea. Such is the solution put forward by Casciomar in a bid to replenish the lost biodiversity in a Mediterranean threatened by pollution and overfishing.

A Shout of Alarm

The planet is experiencing its sixth mass extinction in terms of its biodiversity. This disaster is directly related to human activity. This has a particularly heavy impact on the oceans and human activity and pollution pose multiple threats to the marine environment: areas deprived of oxygen are becoming more widespread, the temperature of the surface water is increasing and the seas are becoming increasingly acidic. According to the WWF, marine fauna has halved in number since 1970.

The mission to rescue marine fauna

In the ports of Cassis, La Ciotat and Marseille in southern France, the members of Ecocéan catch fish larvae during their gestation period, a time when 95% of them die naturally. The ‘catch’ is then reared in a nursery for four to six months, during which time the baby fish receive all the necessary care to ensure they develop as they should. Once the latter reach a ‘safe size’ they are released back into their natural habitat. Since 2016, more than forty species of fish have been reared in the nursery set up in the port of Marseille. Here, a fish larva has an 80% survival rate. In three years, the project has enabled over 5,000 young fish to be released back into the Mediterranean.