CorPower, energy at the wave core 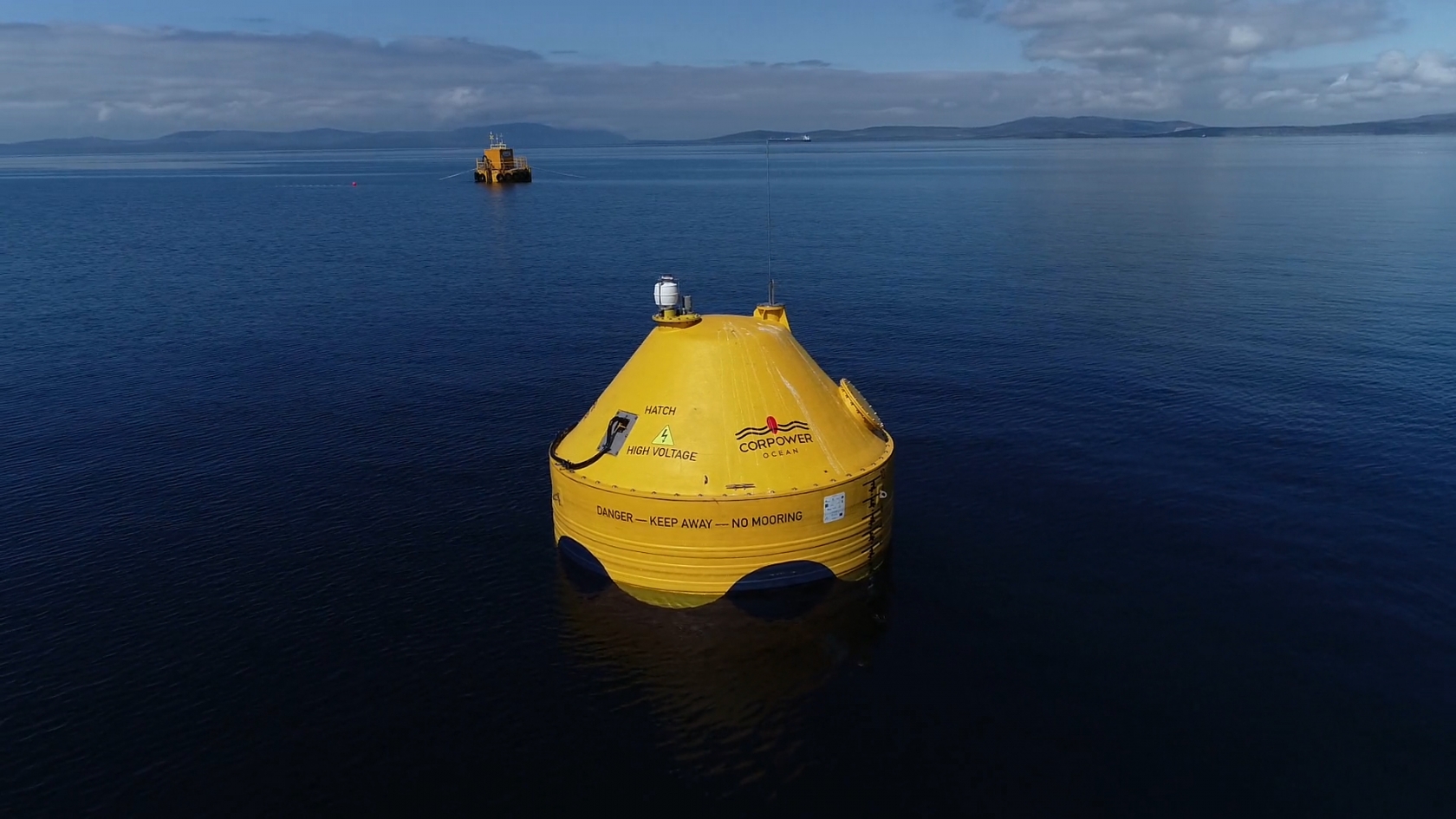 Robust and imposing heaving buoys, which contain a pump mechanism inspired by the human heart to harvest and transform powerful wave energy into electricity. Welcome to CorPower, the future of wave energy.

Back in 2012, in Stockholm, Swedish engineer Patrik Möller began work on an extraordinary innovation. CorPower is a wave energy converter. This buoy is connected to the sea bed using a tensioned mooring system. Inside the buoy is a converter, which absorbs and amplifies the motion of the waves to convert it into electricity.

A technology inspired by the human body

CorPower relies on a pump mechanism akin to that of the heart muscle, which we refer to as biomimicry. If nature does things so well, why not imitate it?

CorPower hopes to be able to develop wave farms along the European coast. The buoy is sufficiently robust to withstand the most ferocious storms. Indeed, the prototype was tested offshore of Scotland where it was able to handle waves in excess of four metres. Waves have a strong, more stable and more predictable energy potential than wind or sunshine and, ultimately, each buoy could produce up to 300 kilowatts of energy and supply an average of 100 households. Marketing is set to ramp up in 2025.