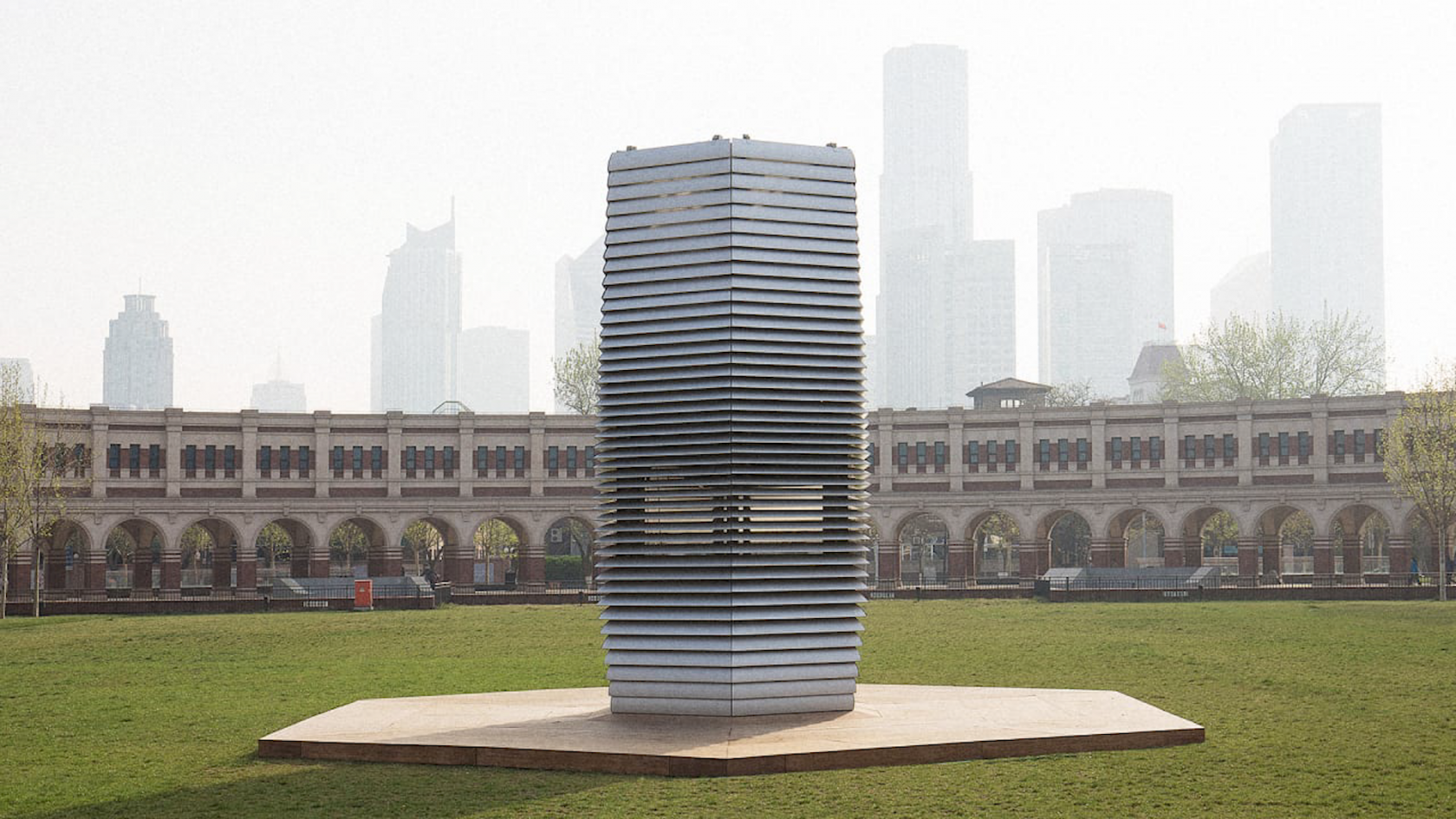 Worldwide, 9 out of 10 people breathe in polluted air. To raise awareness of the dangers of air pollution, Dutch designer Daan Roosegaarde has designed the Smog Free Tower; the tower that purifies city air.

Daan Roosegaarde is an internationally renowned architect and designer, a pioneer in ecological art. This Dutchman has notably designed kites and energy-generating dance floors, and has imagined a process for recycling space debris. His experiences in highly polluted metropolises such as New Delhi or Beijing have made him aware of the issue of air pollution in large cities. He therefore imagined the Smog Free Tower, an anti-pollution tower capable of sucking in polluted air and releasing purified air.

The Smog Free Tower is a 7 meter high aluminium construction, inside which a suction device coupled with positive ionization technology is installed. The device projects ions onto the particles of pollution contained in the sucked-in air, in order to weigh them down. In this way, these particles are pressed against the inner wall and can be collected. This tower is capable of aspirating 30,000 m3 per hour. With the carbon thus collected in powder form, the designer makes rings: another way to materialize air pollution for awareness raising purposes. According to the WHO, 55% of the world's population lives in urban areas. Air pollution causes 8.8 million premature deaths per year worldwide.