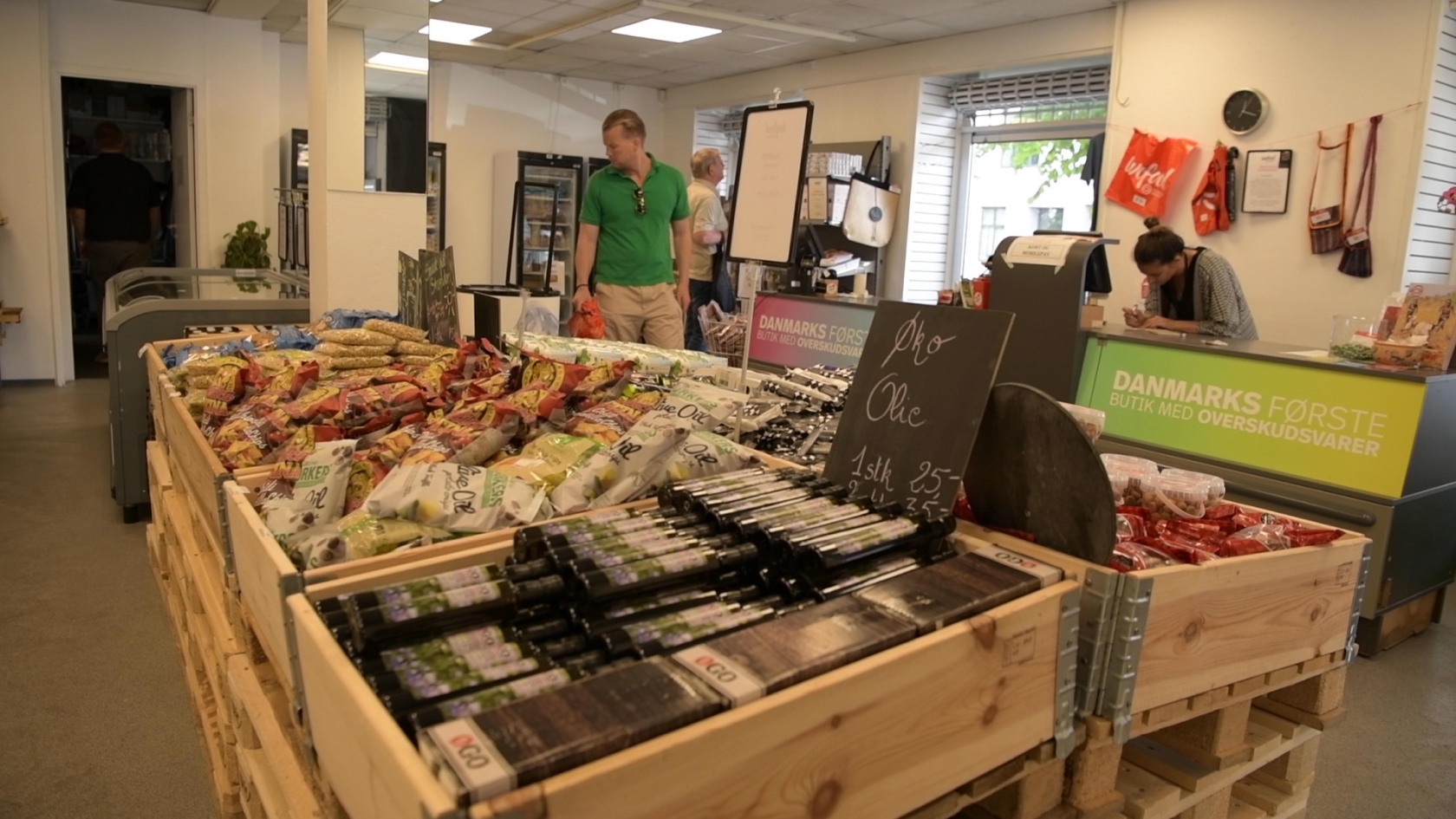 A supermarket in Copenhagen is keen to put an end to food waste by only selling food that is past its use-by date or destined to be destroyed. This produce is still good to eat and is sold at affordable prices.

A third of the food produced around the world ends up in our dustbins before it can be consumed. Every second, this equates to over 41 tonnes of binned food or 1.3 billion tonnes each year. The global food waste emits some 3.3 billion tonnes of CO2 per year at an estimated value of 750 billion dollars, or nearly double Denmark’s GDP.

WeFood is a charitable project launched in 2016. Thanks to a series of agreements made with local producers and mass retailing, WeFood recovers products that are about to be thrown out. Prior to hitting the shelves, volunteers test the quality of the produce. In the WeFood supermarket, the price of products is 10 to 50% lower than the usual prices. In this way, the benefits for the consumer are twofold: they’re saving the planet and making savings. The association has received the go-ahead from the Danish government to bend the rules with regards to the resale of goods that are past their use-by date. The initiative means that the country is one of the trailblazers in the battle to combat food waste.