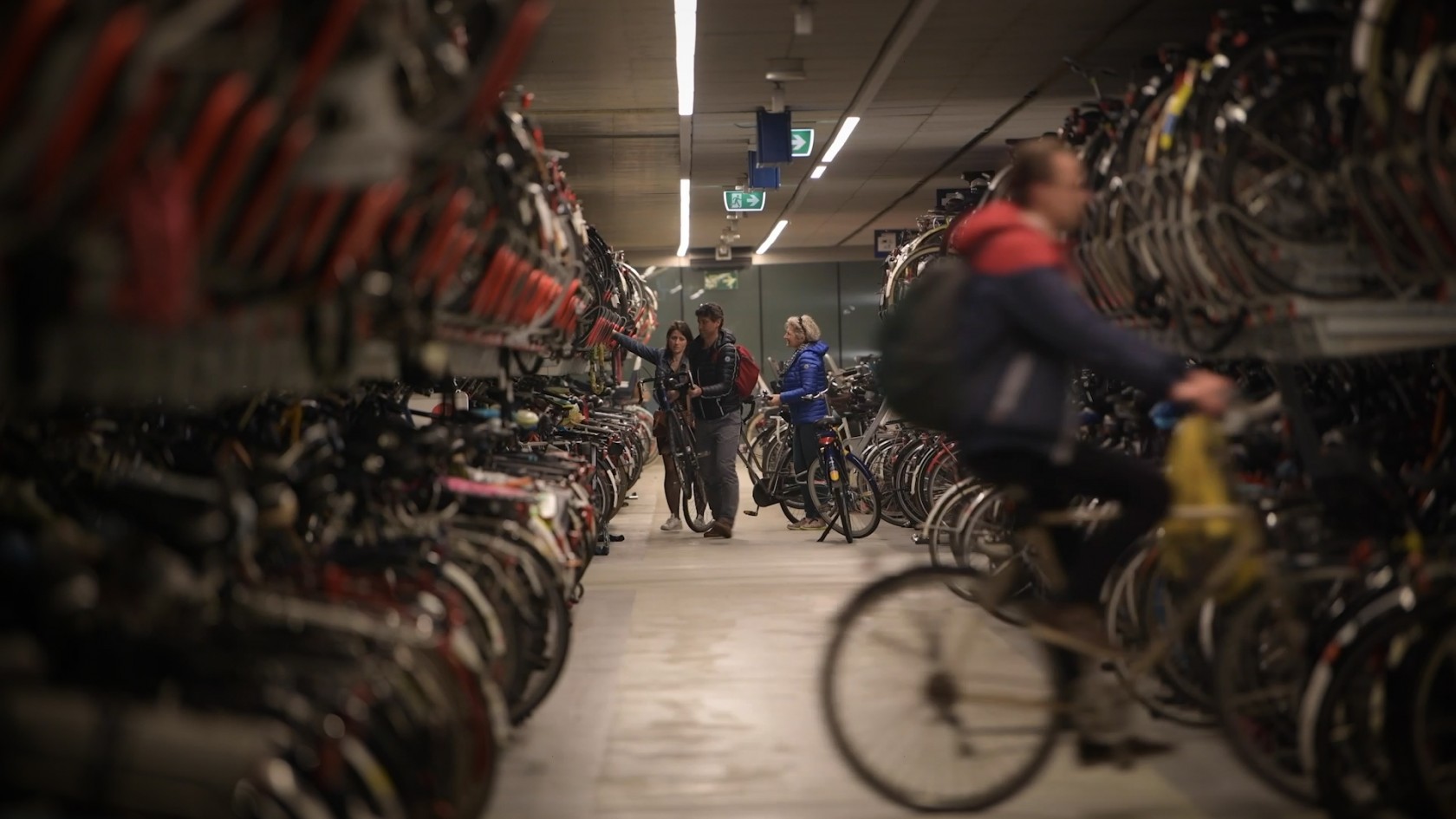 To reduce air pollution, more and more cities are encouraging people to leave their cars behind. In the Netherlands, Delft is the pioneer city of green mobility, with a bicycle and rail network that has become a model. Bikes are one of the most sustainable ways to travel in town, even though riding safely and accessing to quality infrastructure remains hard these days.

90% of the world population exposed to air pollution

Nowadays, 90% of the world population is exposed to air pollution. In town, the situation is even more critical, as the fine particles rate in big cities often goes beyond the limit defined by the World Health Organization. A concerning situation when we know that air pollution has direct consequences on the populations’ health. As sustainable mobility is one of the biggest stakes of our era, a dutch city has demonstrated its ardour to fight against this curse.

In the Netherlands, Delft is one of one of the pioneer cities of green mobility. Since the 1970s, the town has implemented alternative solutions to cars, such as the very first urban bicycle network. In the Netherlands, all segments of the population are used to cycling: a quarter of the population already rides bikes on a daily basis, compared to only 8% on average in the European Union. It has become a cultural phenomenon, which surely has a lot of advantages. According to Bert van Wee, Professor of Transport Policy at the Delft University of Technology, “towns where people often walk and ride bikes are in towns in good health”. In the world, we could save up to 90 billions euros each year while spreading the use of bikes in the cities.